David’s setup: a recording studio in Los Angeles. Rosey’s: a piano in a grand London concert hall. David remotely shot performance footage of Rosey but also captured moments of abstract emotion performed straight to camera. At times, a flower—perhaps a proxy for Rosey or for the notion of transmission—appears.

The concept for the video is pure David. A voracious consumer of art books, magazines, and movies, he developed a technique in which he shoots against an LED wall. It’s inspired by Europa, a 1991 Lars Von Trier film whose key art used rear projection to dramatize a man running against the clock. Another influence, says David, was Blade Runner. 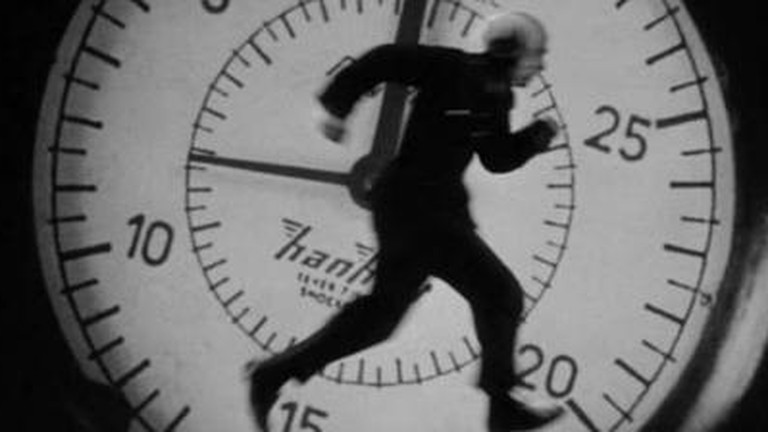 “We can rebroadcast images captured afar into the wall,” he explains, “then have another person or object relating to the images on the wall photographed in front of the wall. The idea is to bring people or objects together from afar.”

This approach can also be tailored to the project. In this case, a pixelated effect gave “Transmissions” an intentional ambiguity, and it adds an intriguing uncertainty to his series “The Days Change at Night.” But because the LED panels come in different resolutions, says David, he can also produce an image with this technique “as clean as a computer monitor.”

“The LED walls can be built to any scale—they are composed of stackable squares,” David explains. “We can also build rooms, floors, and now even transparent walls full of programable LEDS. The LED wall can be very bright, which makes it a wonderful surface to photograph.”

Tonik, Apple’s in-house creative studio, produced a making-of video to accompany “Transmissions.” Click here or below to go on the journey. Scroll down for some cool loops from “The Days Change at Night.”