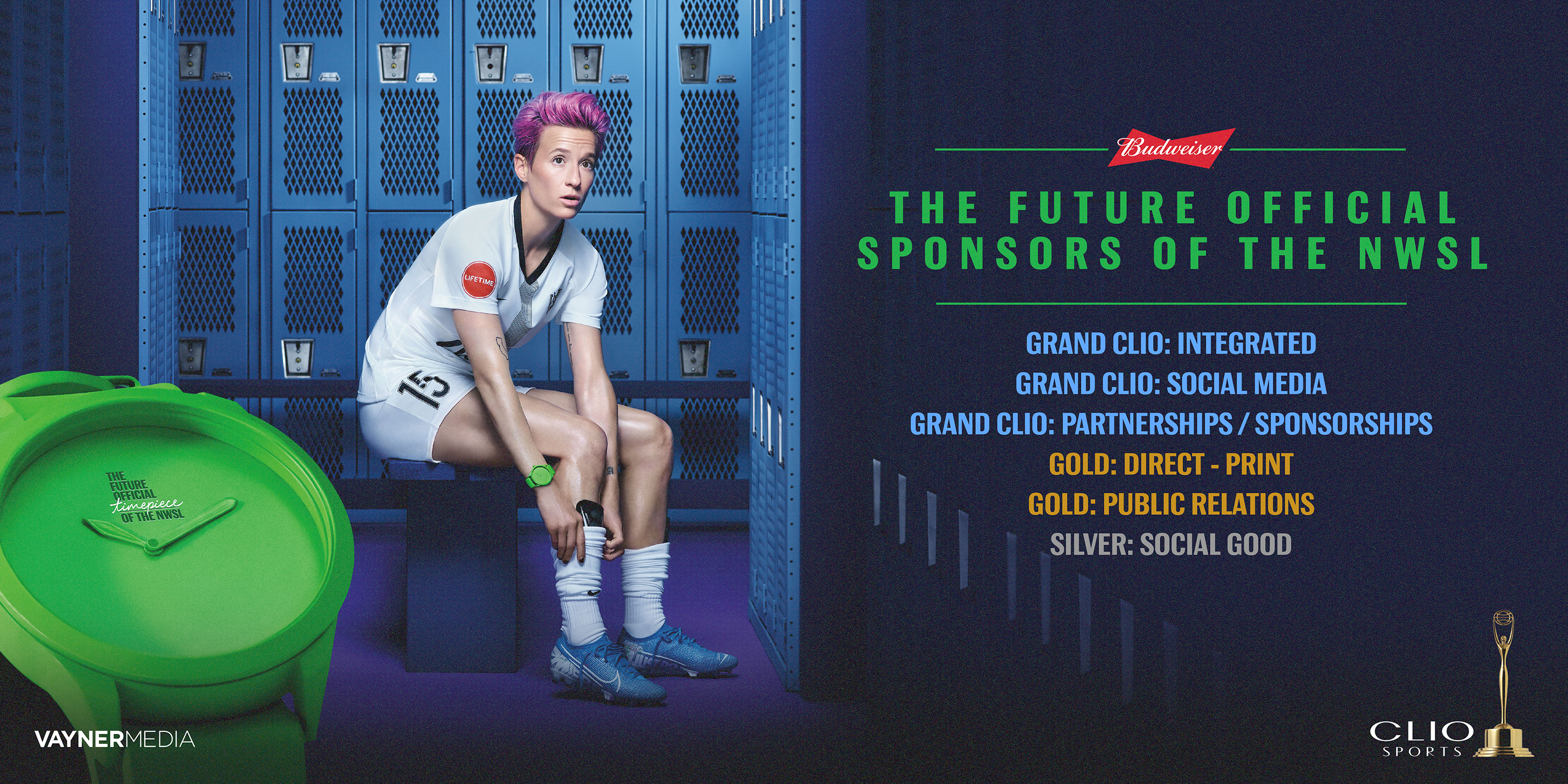 There were many layers to this campaign, which was spearheaded by Budweiser and VaynerMedia and which won three Grand Clios at Clio Sports this past October. The idea was to encourage brands to become sponsors of the National Women’s Soccer League by creating print ads for unbranded products, with each “ad” starring soccer star Megan Rapinoe. In visualizing what being a sponsor would look like—kind of like a “your name here” approach—the campaign made sponsorship of the league seem not only natural but desirable.

Emily, who had previously photographed Rapinoe for VitaminWater, was asked to shoot three concepts: the Future Official Timepiece, Future Official QSR (Quick Service Restaurant), and Future Official Deodorant. “Each of the three concepts, as well as the still-life imagery, was to be executed to appear as what might be thought of as the quintessential look and feel of ‘that type’ of celebrity-endorsed high-end product ad,” explains Emily, who shot the campaign in October 2019, just outside of Charlotte, North Carolina.

“The idea was to purposefully lean into a very recognizable high-end commercial look and feel through lighting, composition, and color palette—to essentially provide a finished print ad that's just waiting for the potential sponsor’s product to replace our ‘green screen’ products that were serving as ‘placeholders’ on our photography,” she says. “Our set designer and prop stylist painted all of these props a chroma key green color, and we were able to capture just about everything you see in our images in camera. We also shot a series of still life shots of additional ‘green screened’ products to live online that potential sponsors could choose to support.”

Emily’s known both for her portraiture and her conceptual abilities, and this campaign played to both of those strengths. “The creative director had a very well-thought-out overall vision for the photography, and that is always a great starting point for me,” she says. “It allows me to really dig into and fine-tune the creative details of the job.”

Being reunited with Rapinoe was also a plus. “I have a huge amount of respect for her as a person, an athlete, and an activist,” says Emily, “so I was of course excited to work with her again—especially on a campaign that would hopefully benefit the NWSL. I heart strong women.” 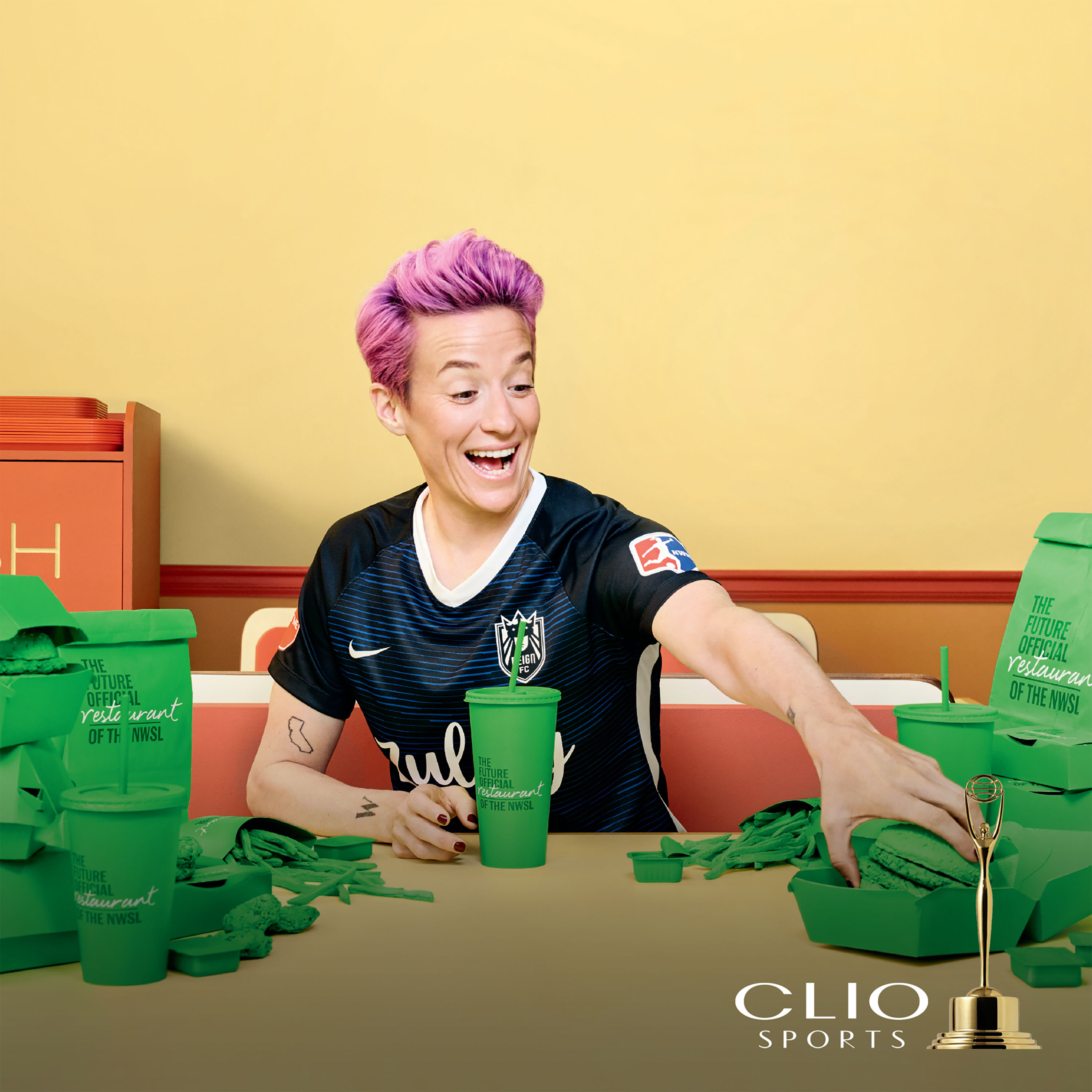 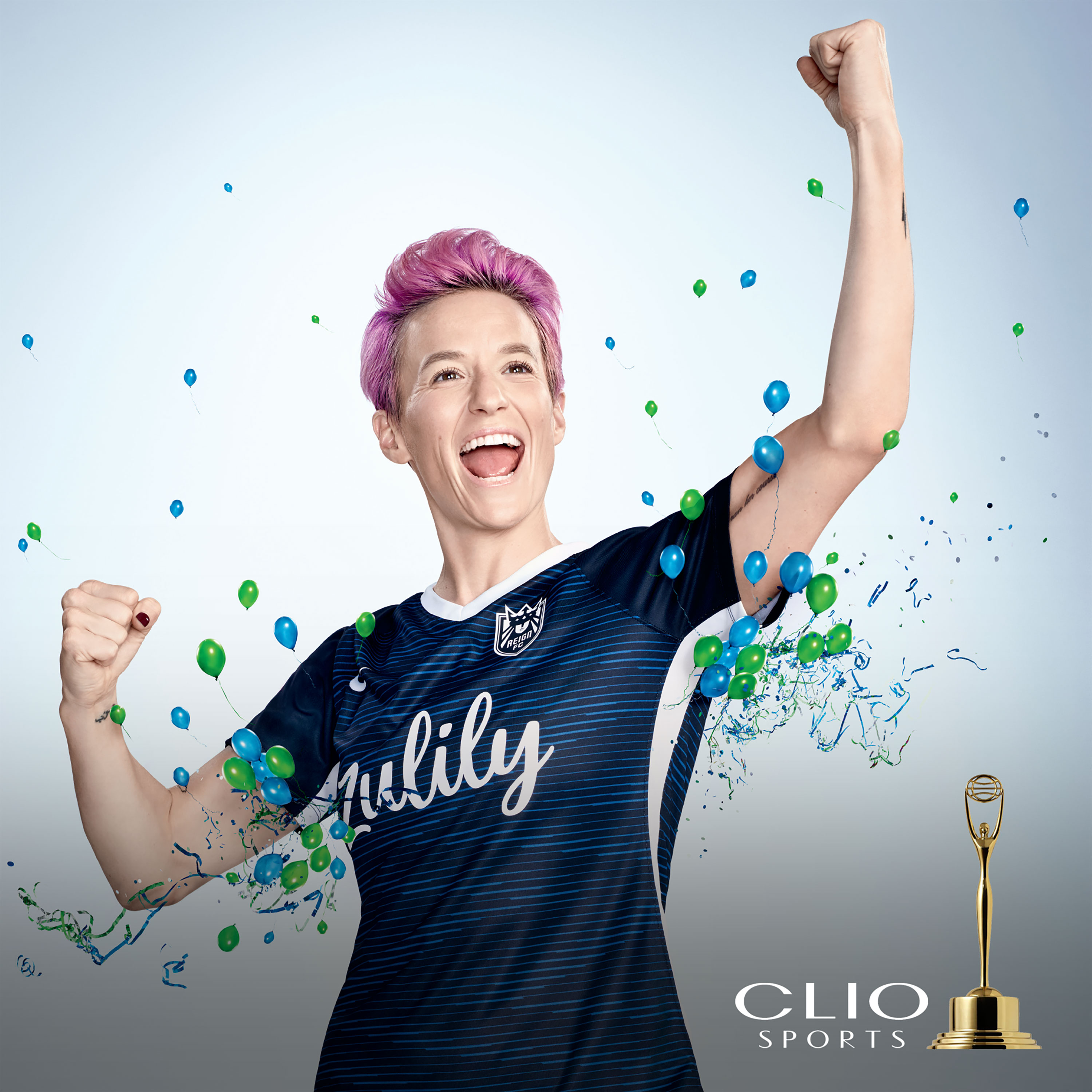