Lucas is known for work that is cinematic, stylish, and often somewhat otherworldly, qualities that are especially evident in personal projects like “In Gravitas.” And with his newest project, featuring Grammy-nominated singer-songwriter Nathy Peluso, he’s taken it to the next level.

Last year, while working on his personal project “Sau,” which he shot on a beautiful lake surrounded by gorgeous old trees, he began wondering about developing trees as a concept for a new studio shoot. He brought the idea to his friend Jonathan Blud, an accomplished set designer, and together they brainstormed the possibilities over coffee.

“Soon I would find myself renting a truck and driving up with friends to a place to load tons of dead trees,” jokes Lucas.

As the project crystallized, he asked a friend to make sketches of their ideas, which were inspired in part by visual references Jon chose, including Ai Weiwei’s “Tree.” Lucas brought on board a stylist, Bukonla Ebiesuwa, he knew he could trust with this vision, describing his concept to her and inviting her to bring her touch to it. “She did a great job of researching and finding different designers,” says Lucas.

But first, he expanded his ambition even more and decided to ask Nathy if she wanted to collaborate. This was no small request. In Latin America, 25-year-old Nathy Peluso is a huge pop star with two Latin Grammy nominations and ever-increasing visibility in the States—and what Billboard raves was an “epic” performance at last year’s Latin Grammys. The New York Times proclaimed Nathy “a newcomer to watch.”

“As we were developing the idea for the shoot, I was more and more convinced Nathy was the perfect fit for it,” explains Lucas. “And thanks to a few friends and her lovely management team, it was possible to contact her. Luckily for me, she found the project interesting.”

Lucas shot the project in a studio in Barcelona, building and prepping the set in the morning and shooting after lunch. Stylists Rubén Mármol (hair) and Sandro Igón (makeup) rounded out the team. “It was a long and intense day,” he says. Ultimately, Metal magazine published the images in December.

“I wanted Nathy to take the idea and make it hers, and she did—she grabbed it and blended herself into the story,” says Lucas. “I think she’s an artist elevating the game for every music genre she touches. Nathy Peluso is taking off, and she’s bringing with her all her powerfulness, freshness, and unique way of singing, rapping, dancing, and acting.”

Scroll down to watch a behind-the-scenes video of the shoot. 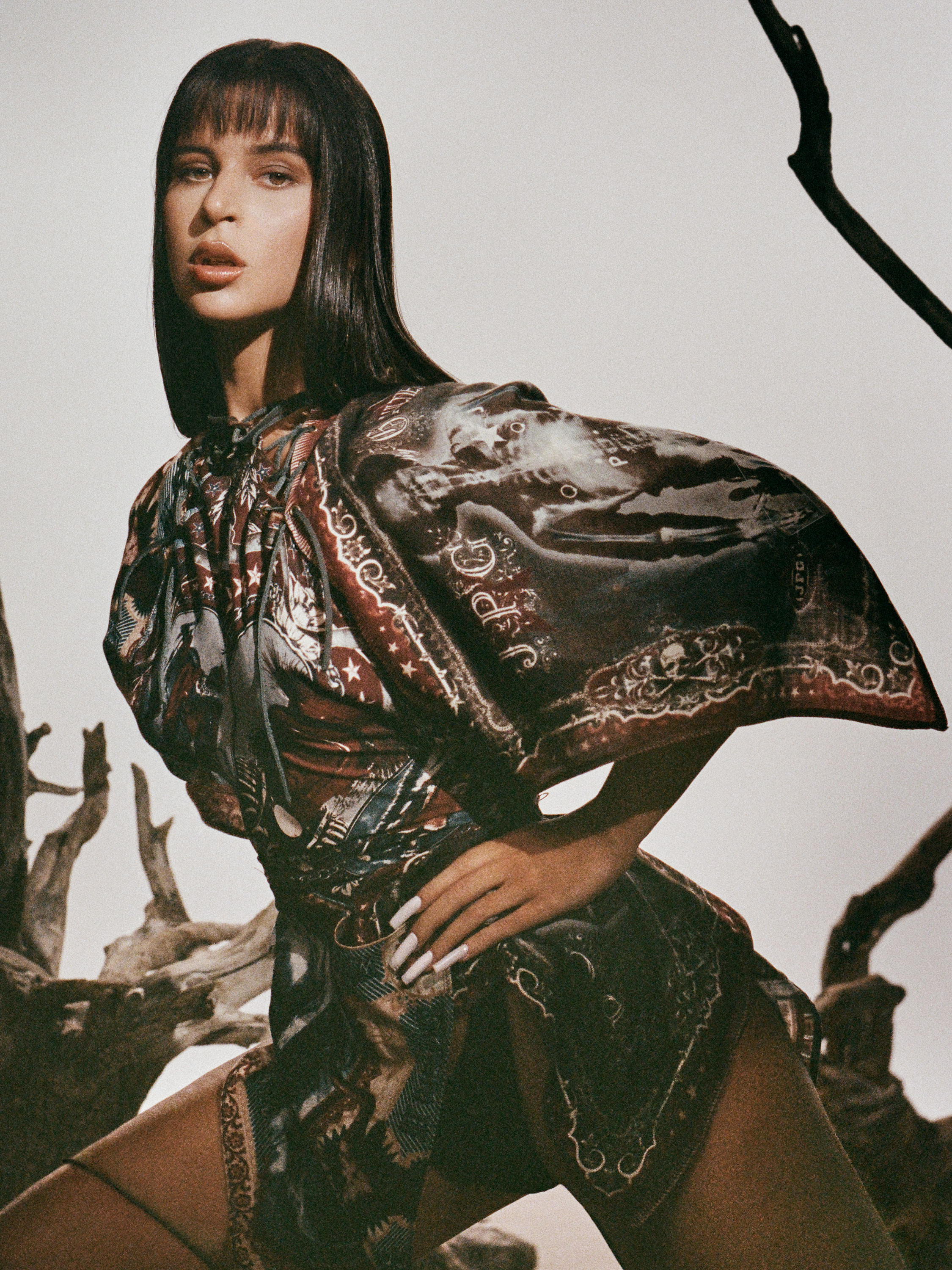 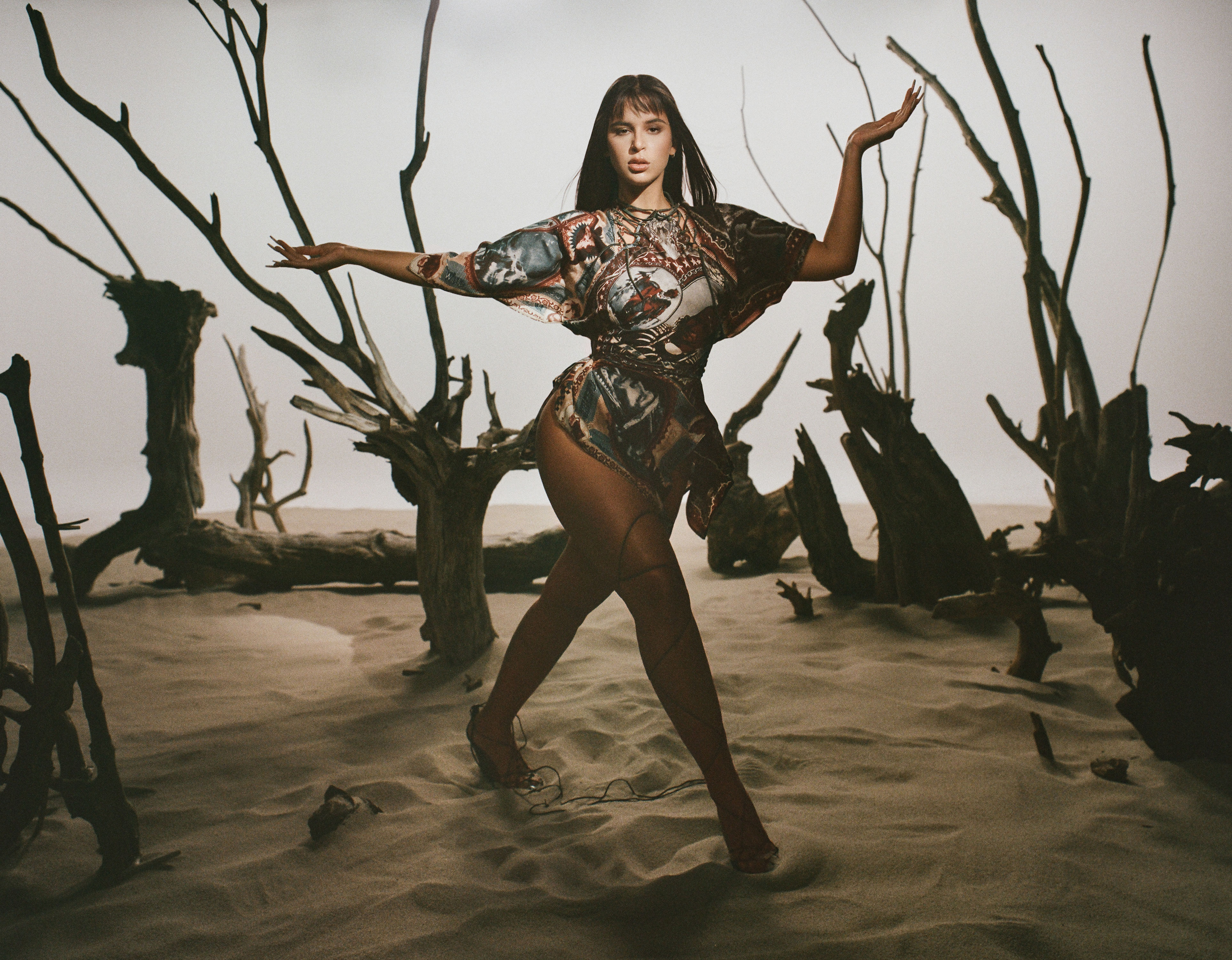 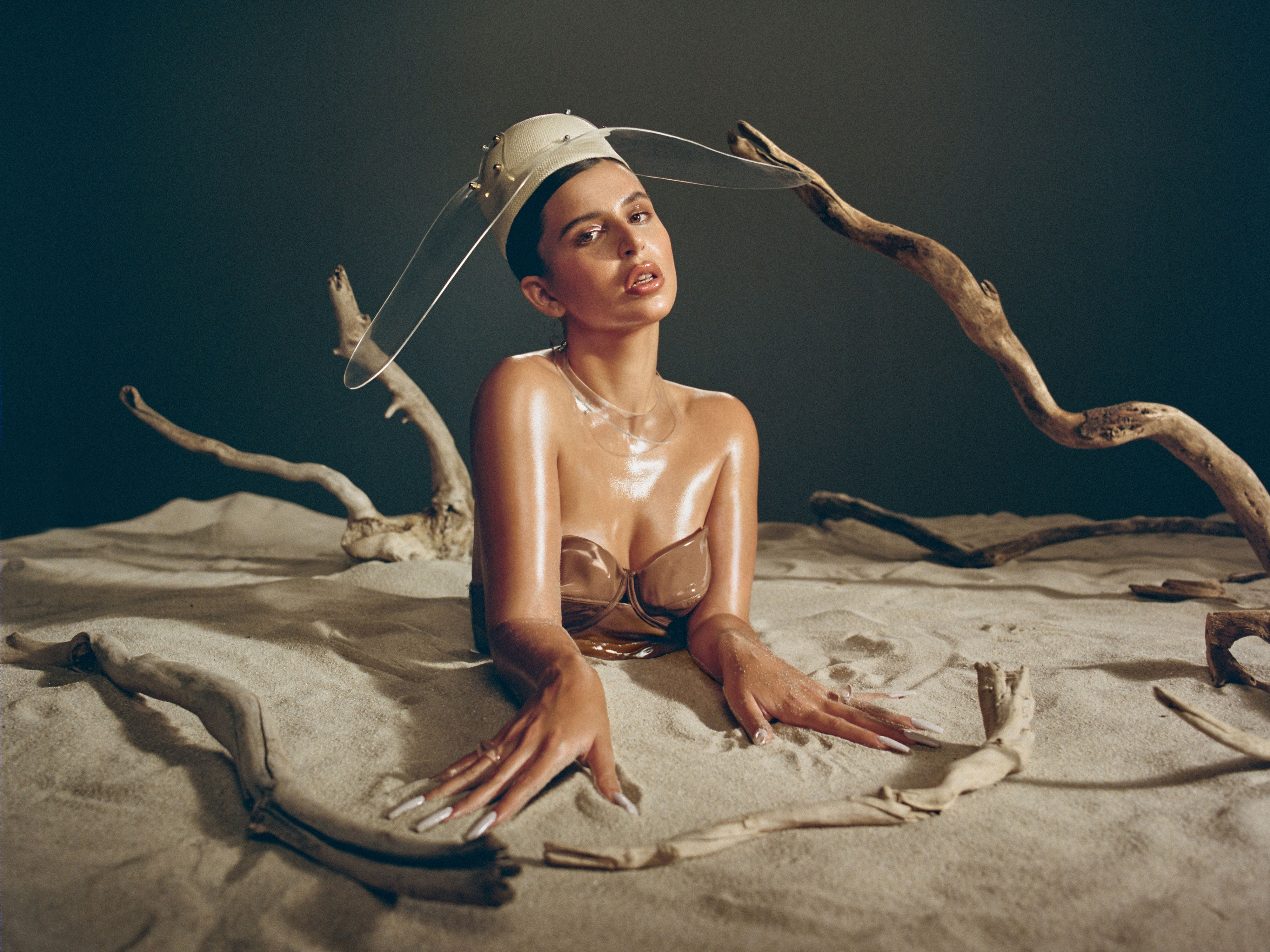 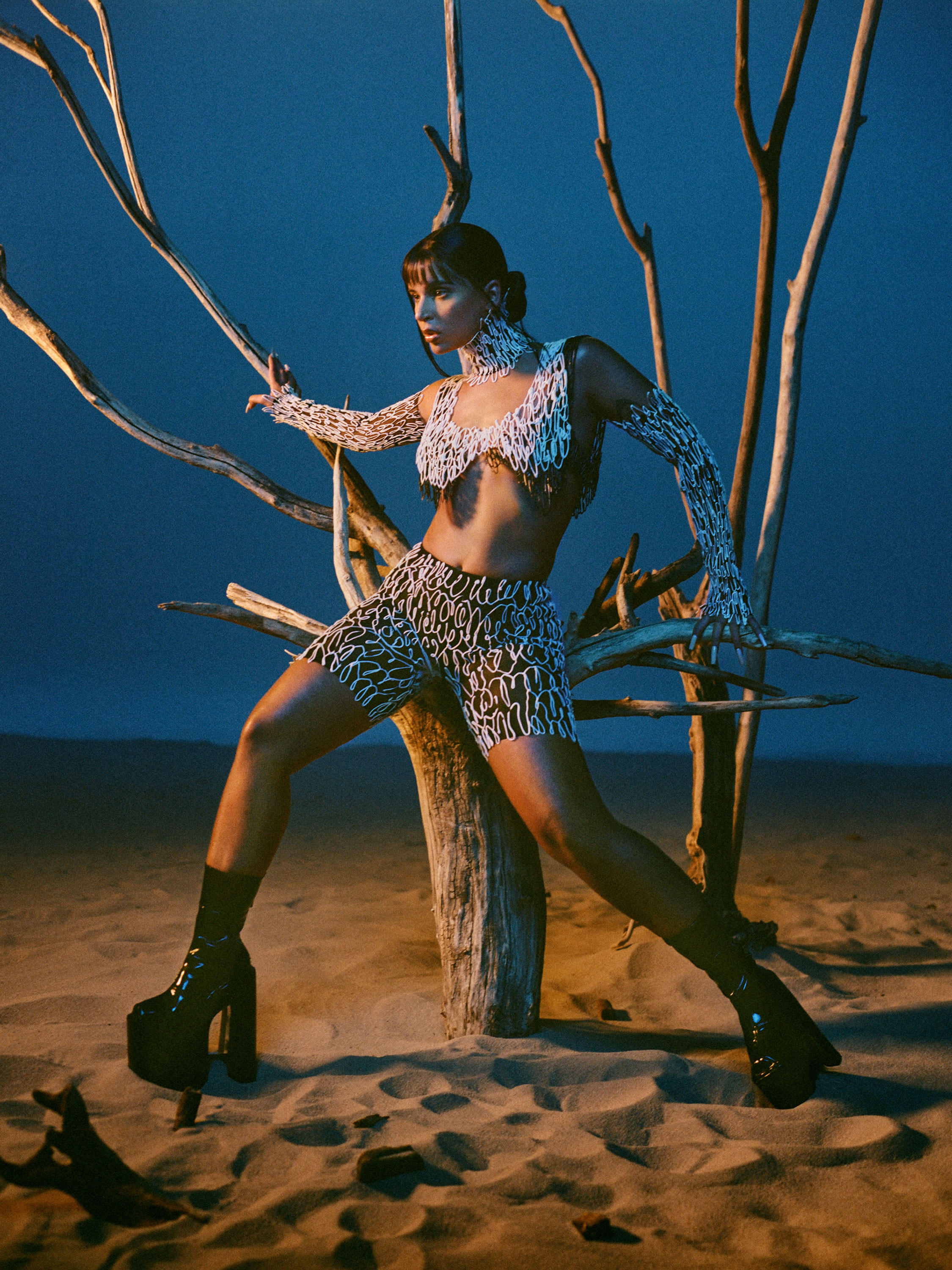 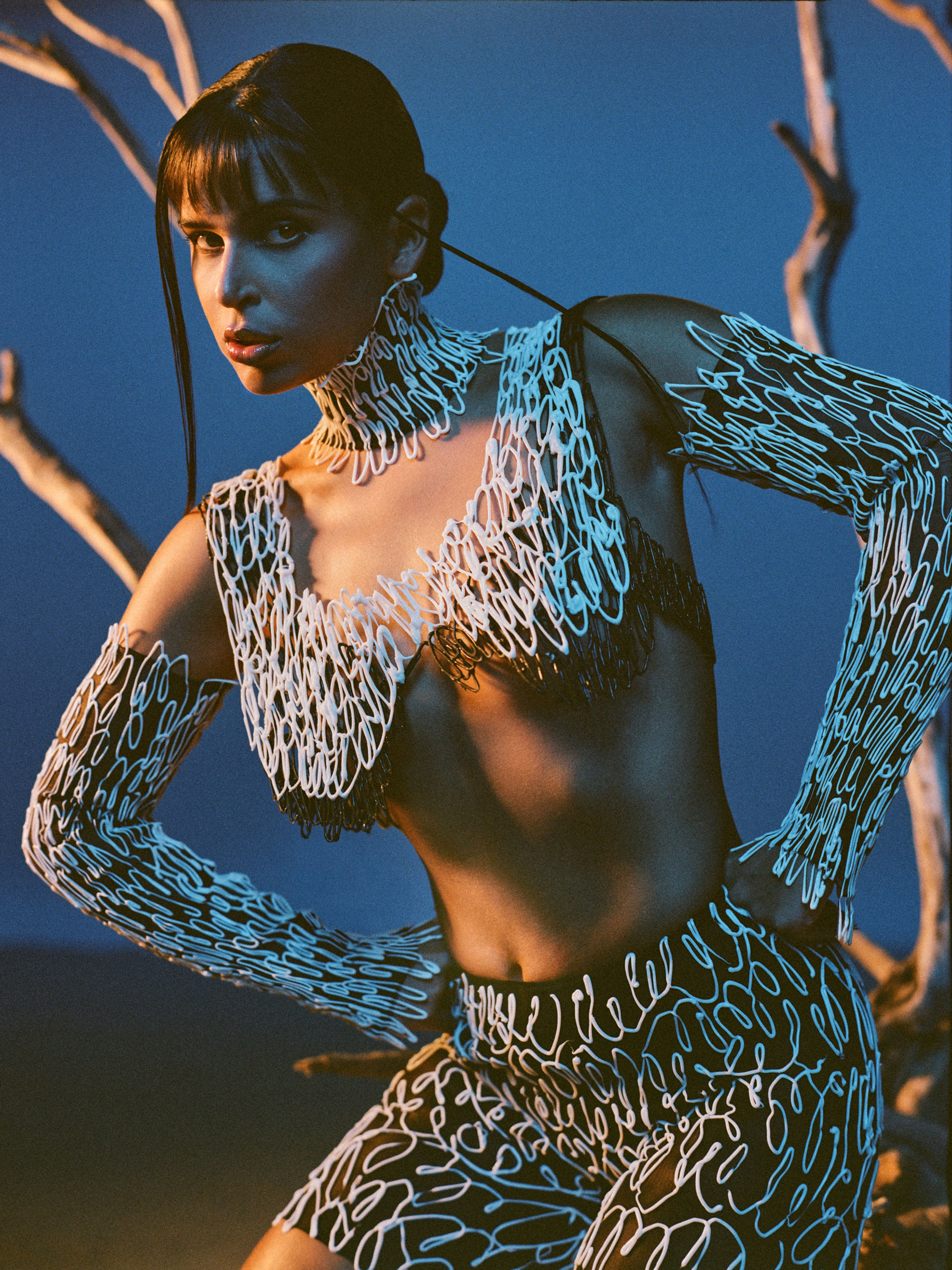 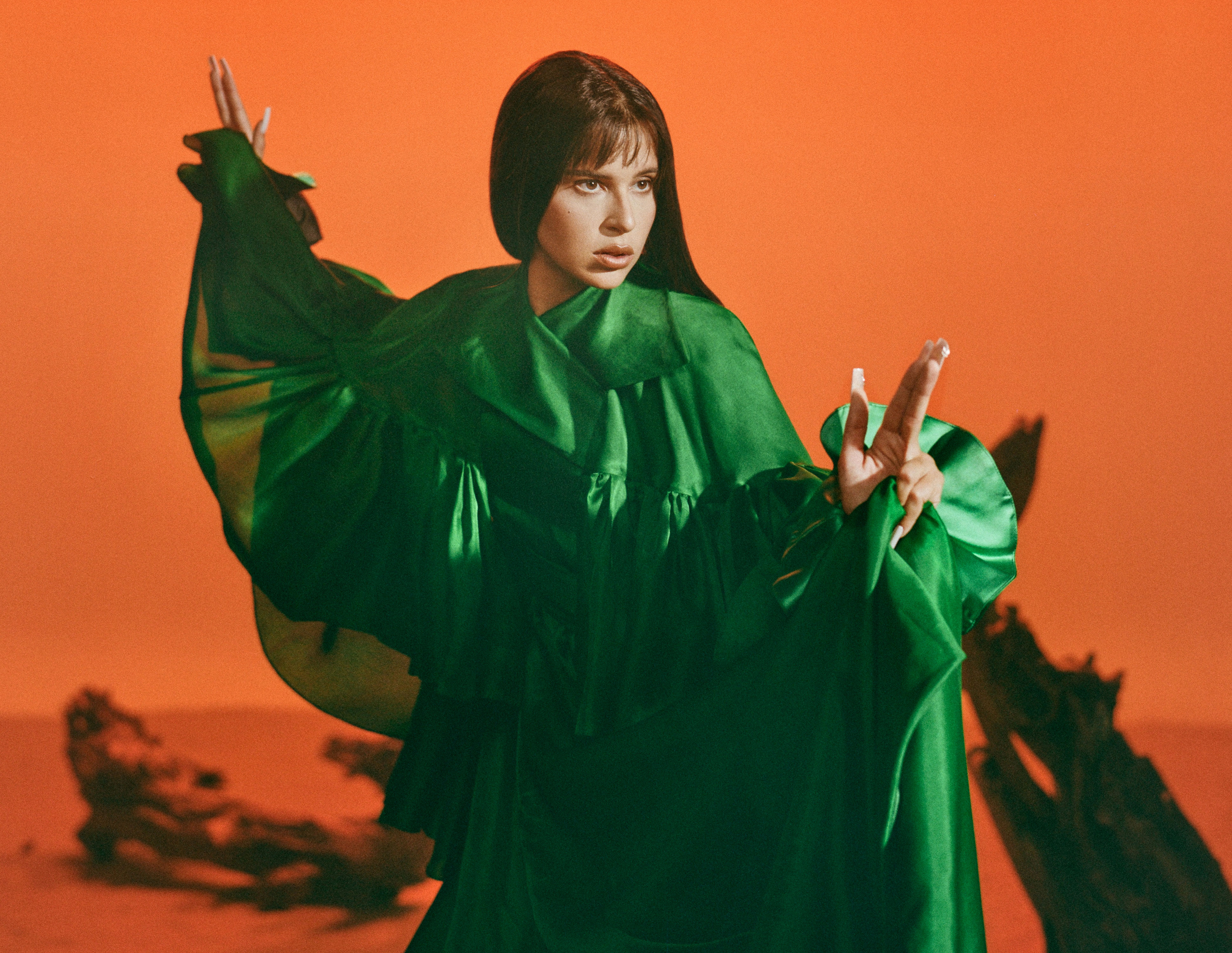 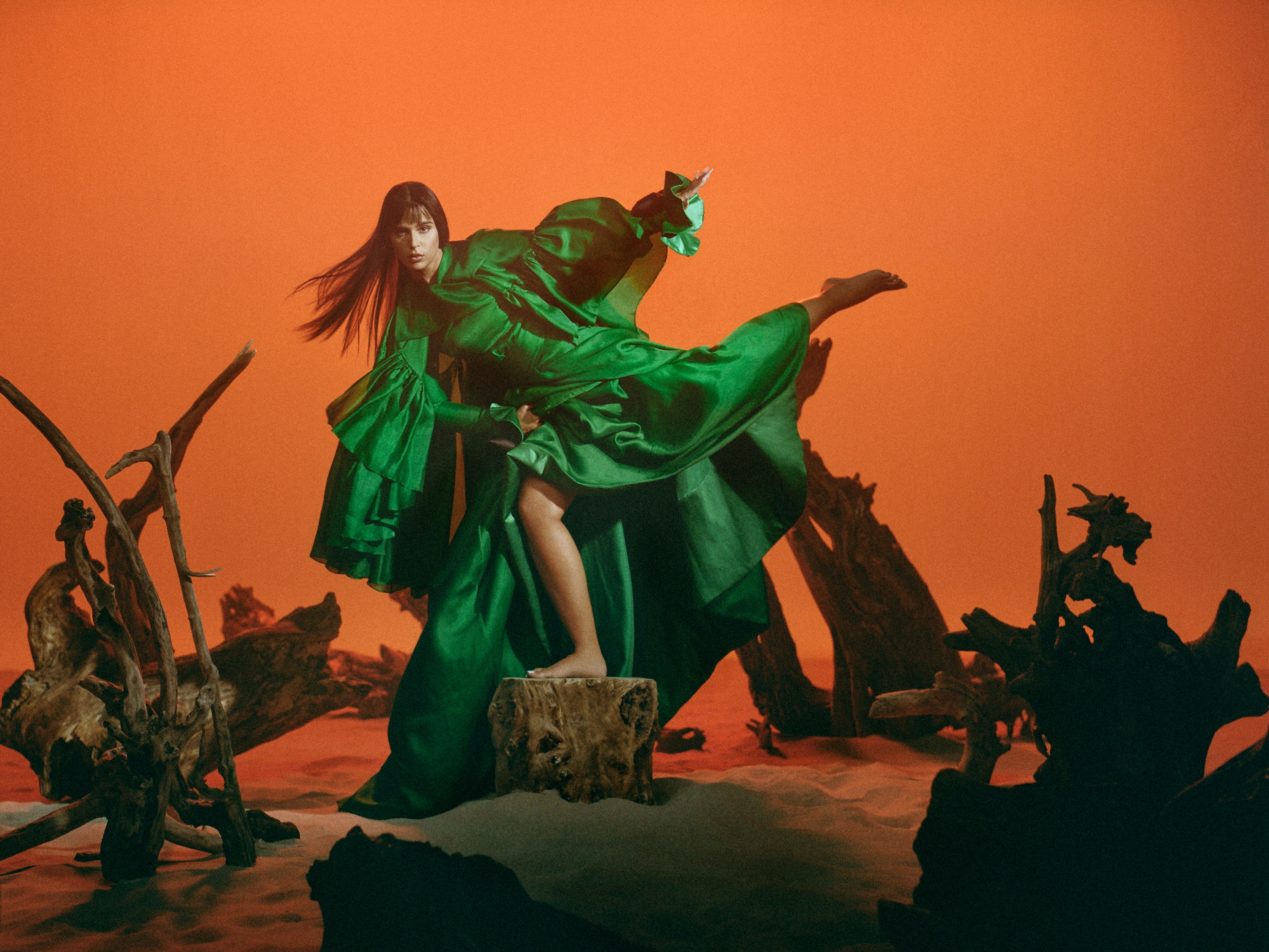