Will Chau, global executive creative director of Whole Foods Market, chatted with us about the making of the campaign and working with Rudy.  The interview is below. (Thanks so much for your time, Will!)

Campaign name: “Be Healthy. Be Happy. Be Whole.”

Content: 6 TV commercials: two :30s and four :15s, plus social content that comprises one BTS post (already out) and additional (non-BTS) posts that will roll out starting Jan. 10

How he became aware of Rudy’s work
“I found him on LinkedIn. I was just scrolling and saw his post about Kobe Bryant. I couldn’t stop looking at it. I must have replayed it 20 times. It was completely different from anything else on LinkedIn.”

How they eventually worked together
“That work was always in the back of my mind. I filed it away in my brain. Then the TV assignment came up.” The WFM creative team enlisted a number of freelancers to pitch ideas for the spots. Rudy was one of them. Everyone pitched ideas, but “I knew I wanted to work with Rudy.” Will says Rudy’s work is “unassumingly playful.” “There’s a lot of heart in it, and you can’t manufacture that. It’s either there or it’s not.”

During this pitching process, Will and Rudy hit it off. They discovered they had mutual friends in the ad industry. They broke off from the group and began working on their own. “We tag teamed a bit.” They explored what the campaign could be. “He ended up creating concept boards for the campaign,” says Will. The WFM team tested a number of ideas with consumers, Rudy’s included. “His campaign didn’t rise to the top,” says Will. “But we ended up going with it anyway.”

(Will explained that it was impossible for Rudy’s idea to test well because it can’t be conveyed in a handful of frames—“you have to see it,” says Will. “Our marketing director is insightful and creative—she goes with her instincts.”)

The music—"Every Beat of My Heart," by 1960s girl group the Du-Ettes—that makes the spots sing
“The music is all Rudy. I wanted this campaign to feel more like a music video than a commercial. I wanted people to not be able to sit still when they watch,” says Will. He knew of Rudy’s music background and told him to go for it. Will told Rudy, “If you leave it to me, it would be all 80s music, and no one wants to hear that.”

How this campaign fits in with, or departs from, previous WFM campaigns
“It’s different from other campaigns that we’ve worked on. I’ve been here four years, and this is our third campaign.” The first campaign, Will explains, was with WFM’s agency of record and centered on customers and the store experience. The second was a montage about quality standards: what makes WFM different, our connection to the earth.

But this new campaign was “more squishy. Touchy feely,” says Will. Its purpose is to communicate the idea that when you’re in WFM, you’re living well. You’re living an overall balanced, healthy life. “Campaigns like that are challenging,” he notes. “The last thing I want to do is tell people how to feel. A lot of brands do it, and they do it heavy-handedly.” Will wanted this campaign to be heavy on imagery, light on words. “But the words had to be very impactful: ‘Be Healthy. Be Happy. Be Whole’—the words sum up what I think people are yearning for right now.”

On working with Rudy
Will says Rudy is a genuinely good person. “It was so refreshing working with him. He educated me on this whole process. I’ve done hundreds of TV spots and I didn’t know the first thing about what he does.”

View the other five spots in the "Be Healthy. Be Happy. Be Whole." campaign below. And scroll to the bottom to see a behind-the-scenes social post Rudy was commissioned to create. 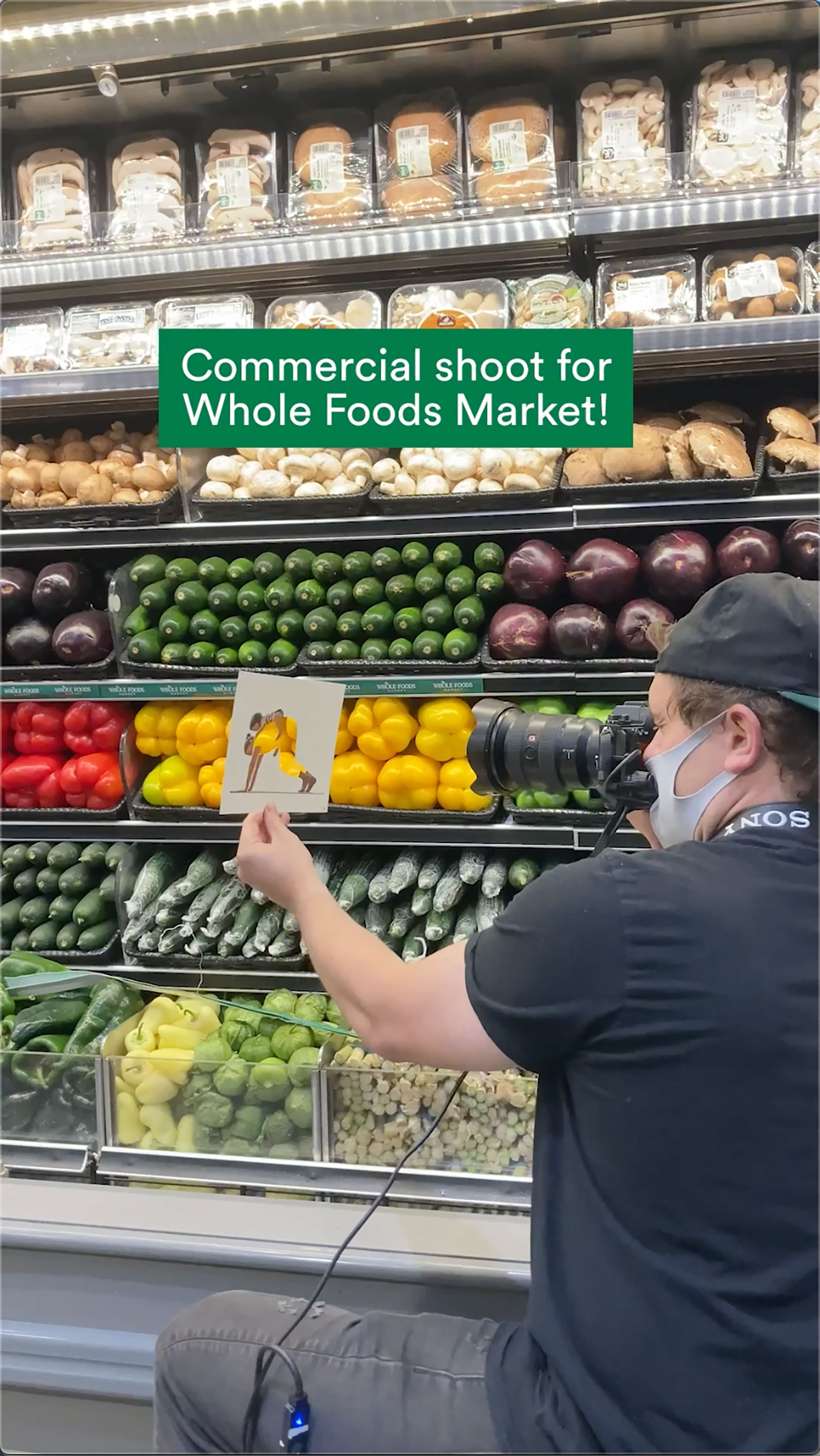 Click here or on the image above to go behind the scenes.