We asked both Leonor Mamanna, deputy photo director of Bloomberg Businessweek, and photographer Jessica Pettway to illuminate the making of the magazine's striking August 8, 2022, cover. First up, Leonor… 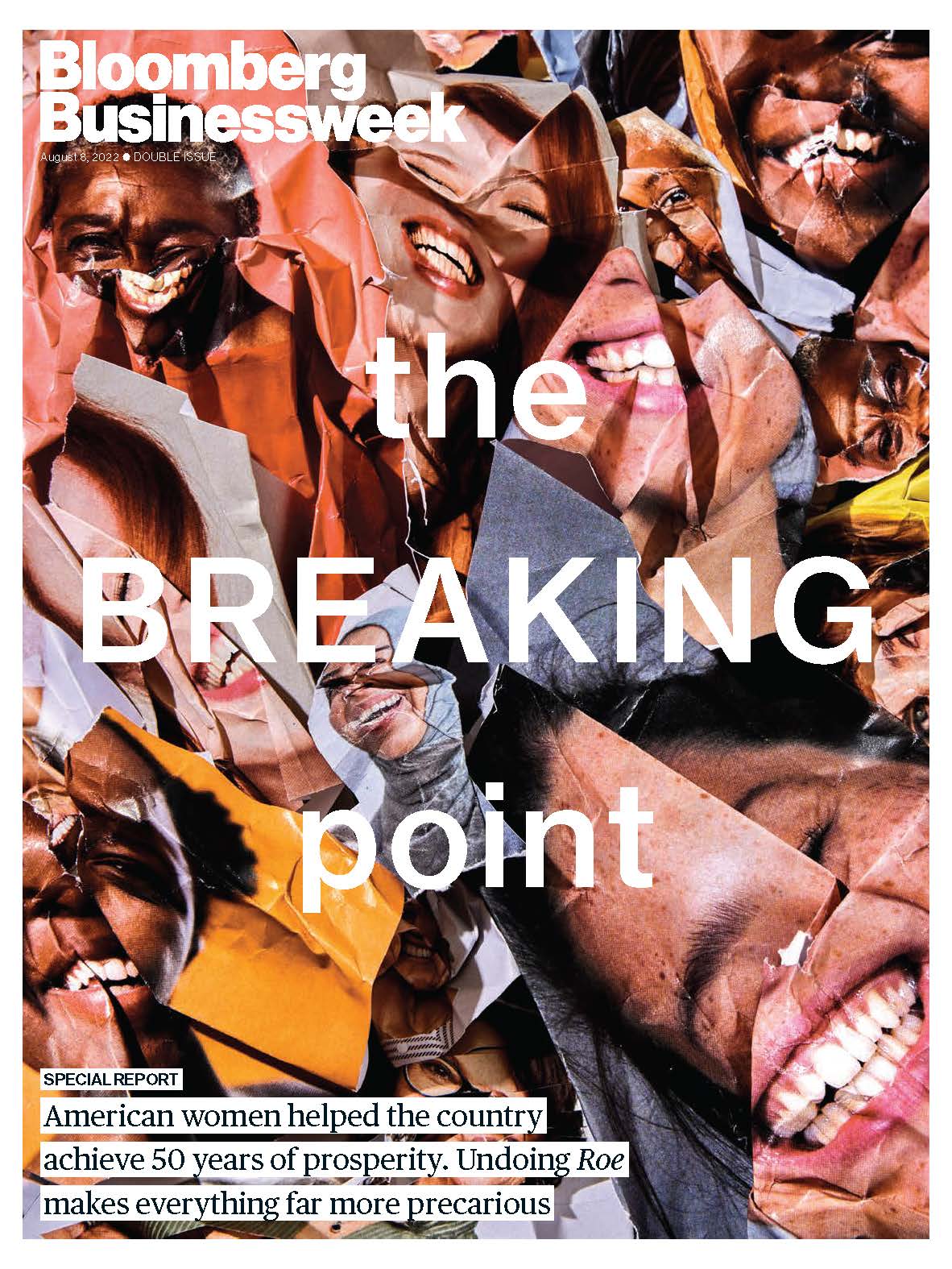 There are so many ways you could have gone with this cover art. Why a collage? And why a collage like this?
With a subject as important and timely as the breaking point of American women, we had many, many conversations about what the cover could be. After we determined that it would be photographic rather than illustrative or typographic, our photo director, Aeriel Brown, and I went back and forth with ideas and visual references. I feel very lucky to work with someone like Aeriel, where I can feel comfortable pitching the most ridiculous and outlandish things just so we can get the creativity flowing. She found the initial reference of a single crumpled face, and we kept coming back to it. We showed the editor in chief, the creative director, and the rest of the team a mockup, and everyone agreed it was a strong concept.

Jess is primarily a photographer, not a photo illustrator. How did you two collaborate to make this cover happen?
We showed Jessica our initial singular crumpled face reference and talked about how we felt strongly that no one woman could represent this moment in time. Then we shared a folder of dozens of faces, and Jessica earmarked her favorites and we added our own. From there, she had the laborious and challenging task of crumpling them up and creating the perfect blend of faces. She made it look very easy, but getting the right balance of crumple is tricky—you still want the grin to be legible, but not so much so that it is a sea of smiling faces. Jess did a phenomenal job of finding the right balance for every single face.

Were there alternate takes or approaches?
We tried one option where there was more white space between the photos, but there was something really important about feeling that sense of claustrophobia with the images.

Leonor and Aeriel wanted to illustrate feelings of tension, anxiety, distress, and anguish amongst women in America following all of the attacks on women’s healthcare and rights in America. They showed me references of crumpled images and emphasized that they wanted to show a diverse range of women to illustrate multiple experiences within the U.S.

I thought it would be a great idea to crumple many faces, as if all women were literally just tossed in the trash, which is what it feels like to live in the U.S. As I was cutting and crumpling the images, I obscured most of the faces and focused on distorting the mouths to play with the concept of making a cheesy forced stock-photo smile feel more like a tense internal scream or gnashing. It felt like a metaphor for what it feels like to be a woman—there is a complete lack of care for our well-being, happiness, and autonomy with new laws and headlines multiple times a day, yet we still have to continue our daily lives as if nothing is happening and as if we’re unaffected.

Crumpling and arranging the images was both cathartic and frustrating. I like working with my hands, so it felt like a bit of a release to be able to crumple, rip and arrange the photos. The composition also became a bit of a frustrating game of paper Jenga, as one adjustment to one woman’s image would shift the entire composition. In a way, that also illustrates our experiences as women: An attack on one of us affects all of us.